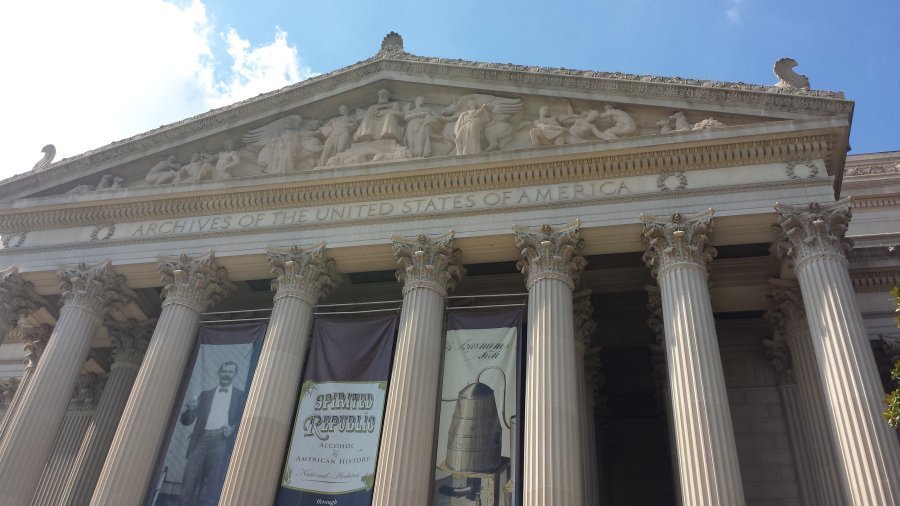 Of all the places I’ve visited in D.C., I love the National Archives the best. Yesterday with my nose pressed (metaphorically, security people) to the glass case protecting the ACTUAL Declaration of Independence, I realized why.

I needed to see the words on paper – “We the People,” “free and independent,” “freedom of speech” even George Washington’s signature.

No matter how high speed, high definition or high resolution images and text appear, the entire web is essentially ephemeral  – just a whisper.

When words are on paper, they are a shout – they have power.

The power to build a nation.

The power to unite generations.

The power to change lives.

In the Archives of the United States, there are approximately 10 billion pages of textual records; 12 million maps, charts, and architectural and engineering drawings; 25 million still photographs and graphics; 24 million aerial photographs; 300,000 reels of motion picture film; 400,000 video and sound recordings; and 133 terabytes of electronic data. “All of these materials are preserved because they are important to the workings of Government, have long-term research worth, or provide information of value to citizens.”

These documents represent people stood up for their beliefs, who signed on the dotted line, who made their views, opinions and identities known, in contrast to today’s emoji-driven, hashtag-happy society of callous, anonymous commentators.

Our Founding Fathers put their names and their lives on the line for their ideals and the depth of that commitment holds up 239 years and beyond.

Because they put words on paper.